Did you know that Little Falls is home to the site of one of the last armed conflicts in the Revolutionary War?

In June of 1782, a group of roughly 20 Little Falls residents gathered at the mill. They included millers, owners of the mill – Gresham Skinner and Frank Cox –, farmers, women and children. About 300 loyalists and Iroquois allies came upon the Petrie gristmill. They had bypassed their original target, Fort Herkimer, after mistaking a lively wedding party for a large garrison of soldiers. After setting fire to the wooden mill, they offered the occupants the option to surrender. Most of the mill occupants were quickly subdued, taken captive and brought to Canada. Daniel Petrie, a descendant of the mill builder, several militia men who were guarding the mill and some farmers died in the conflict. Skinner and Cox, hid under the water wheel and escaped. Peter Wooleaver, a local farmer, managed to escape as well and made it to Fort Dayton to sound the alarm, about 9 miles away. Soldiers from this fort would later arrive and bury the casualties. 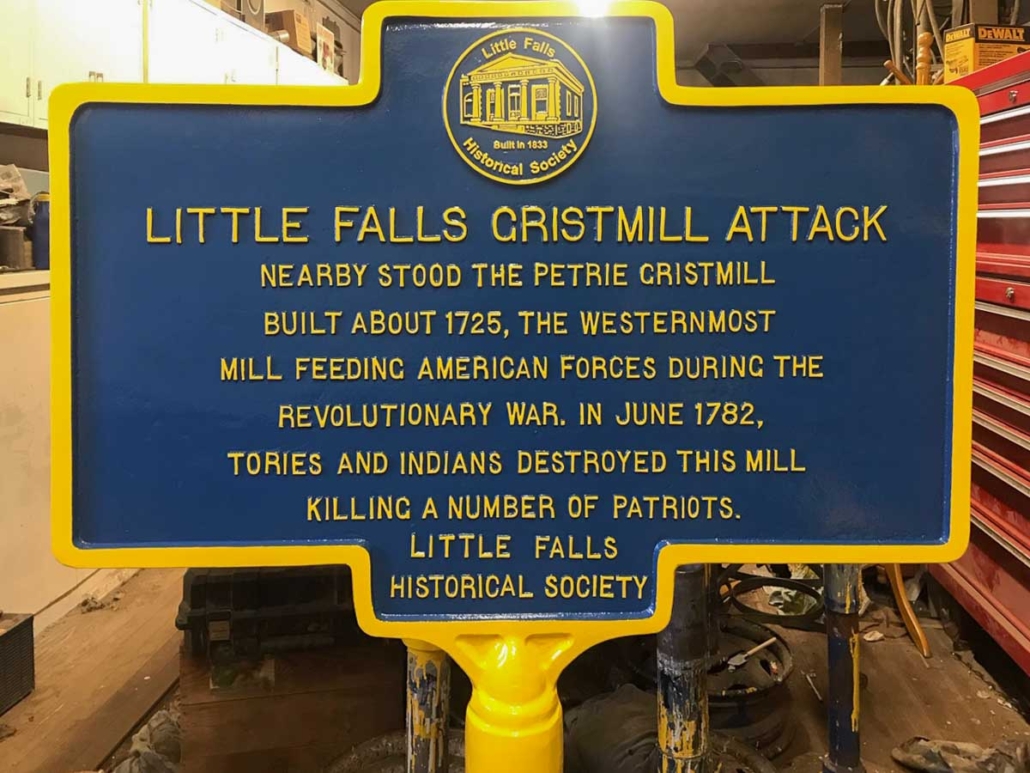