The Battle of West Canada Creek

The Battle of West Canada Creek

There were many battles, mostly skirmishes, fought in this area during the Revolutionary War.

Inevitably, lives were lost as the British loyalists frequently trooped down from Canada with their Indian allies to raid the farms and homes of their former friends and neighbors in the upper Mohawk Valley.

These raids included Andrustown (July 1778), Rheimensnyders Bush or “Yellow Church” (April 1780) and Shells Bush (August 1781). They knew the land well, for many of them had lived here for one or two generations. Many were relatives and friends of the recently deceased Sir William Johnson who had been Commissioner of Indian Affairs for North America. 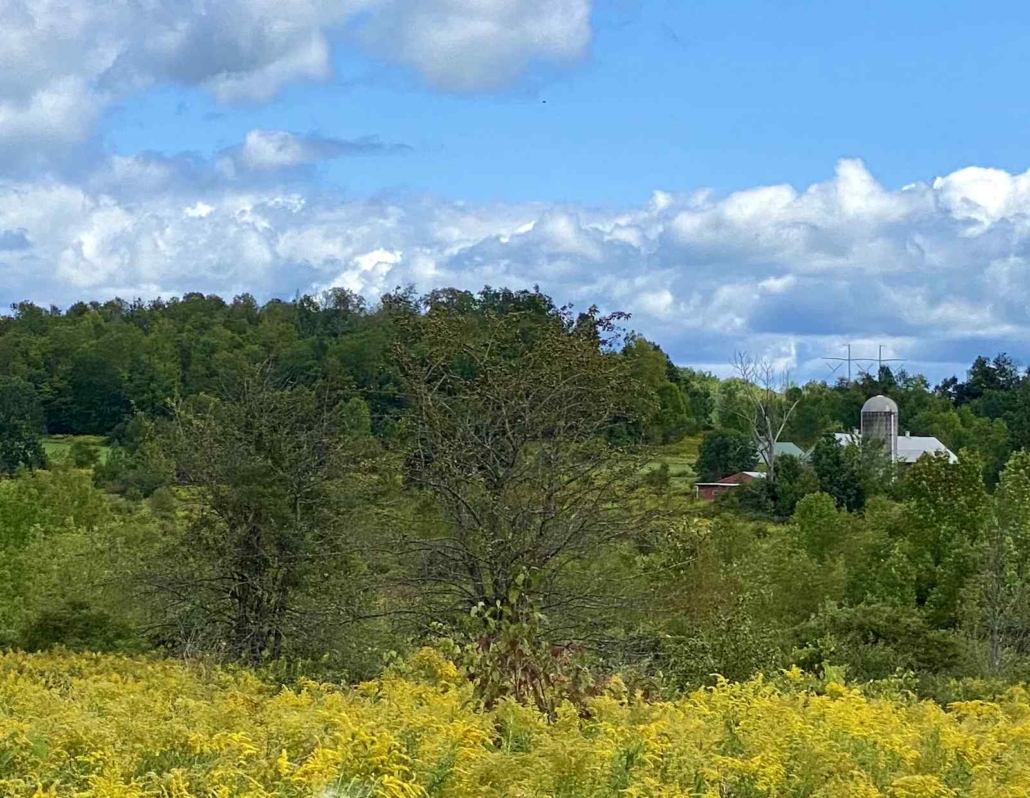 The ambush was located in a ravine southeast of Kast Bridge, in the vicinity of today’s Smith Road approximately three-quarters of a mile from Shell’s Bush Road and one-half mile east of the West Canada Creek. Today, the area is open farmland.

A battle of local interest, one with a significant loss of lives on the part of the patriots, was the Battle of West Canada Creek, which occurred in September 1781.

Fort Dayton, near the confluence of the West Canada Creek and the Mohawk River and a short distance from Fort Herkimer, was a safe haven for the Palatine German farmers and the English speaking patriots. They desperately wanted to form a new union and be free of the yoke of British tyranny. It was well fortified and had a garrison of regular militia in addition to supplemental forces of rangers and irregulars many of whom were from this area.

Thirty-three-year-old Solomon Woodworth, a native of Salisbury, Connecticut, was living in Mayfield at the beginning of the war. Enlisting as a private in 1776 in the Third Regiment of the Tryon County Militia, he had fought in many battles and advanced in rank becoming a lieutenant in Colonel Marinus Willett’s regiment on April 27, 1781. On Thursday, Sept. 6, 1781, Lt. Woodworth, a noted scouter, marched his company of 46 handpicked men and six Oneida Indians from Fort Rensselaer (present day Fort Plain) to Fort Herkimer, then on to Fort Dayton. His group was a part of Colonel Willett’s Regiment.

The following morning, Friday, Sept. 7, 1781, Woodworth and his contingent left Fort Dayton, forded the West Canada Creek and proceeded to scout for the ever-present loyalists and Indians. They soon picked up a freshly made trail on the ridge along the eastern side of the West Canada Creek. Some of the rangers suggested that a messenger be sent back to Fort Dayton asking for Captain Garrett Putnam and reinforcements. However, Lieutenant Woodworth feared the time delay for reinforcements to arrive would allow the enemy to escape.

Woodworth and his men took chase, and about three miles northeast of Fort Dayton, in a deep ravine, they spotted a lone Indian near the previous night’s fire pit.

They rushed forward and fired. Woodworth yelled “Hurra men, the rascals run.” Unknown to Woodworth, they had been lured into an ambush. Lieutenant John Clement, of Colonel John Johnson’s “King’s Royal Regiment,” and about 80 Onondaga, Cayuga and Stockbridge warriors under Daiquanda, an Onondaga chief, lay hidden in the thickets. They had formed a semicircle around the anxious and unsuspecting Americans, similar to what had happened to General Nicholas Herkimer at the Battle of Oriskany in 1777.

The first volley killed Woodworth and 10 of his soldiers. The Indians then rushed forward with spears and tomahawks and the massacre was over in the matter of minutes. Of the force that had left Fort Dayton only hours earlier, 22 were dead, including two officers, one was wounded, 14 escaped back to the fort unhurt and nine were captured and taken to Canada. One Oneida Indian was wounded early in the fray and was carried back to the fort by his brethren. For the enemy, two Onondaga Indians were gravely wounded.

On the following day, Captain Putnam and his company, along with the survivors of Woodworth’s detachment, returned to the site of the ambush to perform the grim task of burying the dead. The exact location of the ambush and the burial ground is unknown. We do know that the ambush itself was located in a ravine southeast of Kast Bridge, in the vicinity of today’s Smith Road approximately three-quarters of a mile from Shell’s Bush Road and one-half mile east of the West Canada Creek. Today, the area is open farmland.

We all have heard of the Cherry Valley Massacre in 1778, where 30 non-combatants were killed, and, more locally, the Andrustown Massacre also in 1778, the Shell’s Bush Blockhouse attack in 1780 and the Grist Mill attack at Little Falls in 1782. These actions resulted in a few deaths and wounded on the part of the Americans. Seldom do we hear of the West Canada saga where 22 gave their lives.

A monument, honoring these fallen heroes, is located on Smith Road.

It was erected in 1959, New York State’s Year of History, by the Herkimer County Board of Supervisors. The monument was dedicated in ceremonies conducted by the D.A.R. The plaque reads as follows:

DURING THE REVOLUTIONARY WAR”

A note of interest: The property where the battle occurred had been in the ownership of the Smith family for seven generations, until a few years ago. Milo Smith, would not allow treasure hunters with metal detectors on his property.

By Louis W. Baum Jr. is a member of the Little Falls Historical Society.

This Writing Series was first published on the Times Telegram on May 2, 2020.

Who was the Lieutenant that led the Patriots on a charge from Ft Dayton to a ravine on the Eastern side of West Canada Creek after the Tories?

The Tories (Loyalist) circled behind the Patriots as they were enticed into the ravine by a lone Indian standing by a fire was a military maneuver known as a what?

How long did the Battle last?

How many shots were fired before Lt Woolworth was killed?

What Country were the Prisoners Taken to?