The Little Falls Urban Renewal Agency was established by a special act of the Legislature of the State of New York in 1963. The Urban Renewal Exhibit chronicles the changes from the 1950s and 1960s throughout Little Falls, including Main Street, spurred by the community’s urban renewal initiatives.

It was about fifty-five years ago that Little Falls began its urban renewal program in earnest.

Elderly people living in the city at that time would have a hard time recognizing their community today. The accepted practice at that time was to outline a “blighted” area, usually the downtown section of the community, and tear everything down, and build anew. Little, or no, consideration was given to buildings of merit.

That is not the case today. Before an urban renewal project is initiated, a study must be undertaken of all structures to be included, and present plans to remediate and preserve historical and other important buildings. Only one building in Little Falls was saved, that being the old 1833 bank building, the current home of the Little Falls Historical Society. A judge ordered the building not be razed since it was on the National Historical Register. The city’s plan was to have an extra fifteen parking spaces for the bank.

So, there is a way to do things right. Little Falls got some things right, but, in retrospect, it could have been done a lot better.

Click on the right and left blue arrows on the images to view the slides in the presentation.

(LWB note: The above relocation benefits did not include an offer for the home. Discussions with people initially involved (prior to May 1970) indicated the offers for their homes were low and “Take it or leave it.” Home owners in Category 2 (May 1970 – July 1, 1971) and Category 3 (after July 1, 1971) received increasingly higher offers for their homes. As one might expect, considerable animosity developed between the homeowners in the various categories, and also between the homeowners and the City and State.) 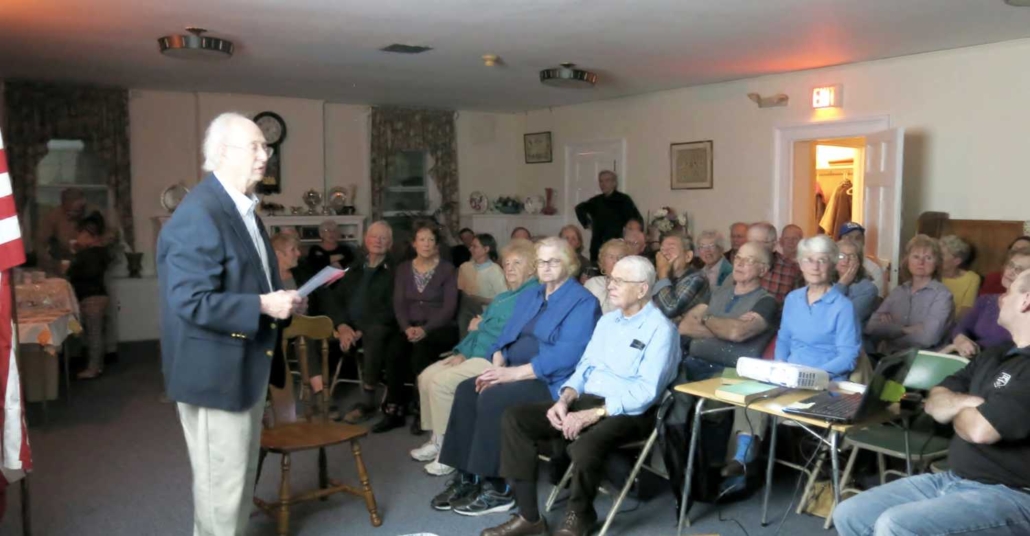 Visit the Little Falls Historical Society Museum to see how Main Street, and the city, has changed during the 1950’s and 1960’s.

The Urban Renewal Exhibit features the names and some photographs of businesses that were found along the city’s Main Street prior to the urban renewal project of the mid-1960s and early 1970s.

Louis Baum, of the Little Falls Historical Society, said the display lays out block by block what visitors would have found along the street before urban renewal.

City officials wanted a Thruway interchange for Little Falls and agreed to allow the state to put state Route 5 through the city in order to get that interchange, Baum said. The project took out the south side of Main Street as well as buildings on the south side of the city. Hundreds of housing units and other structures were demolished, displacing several thousand people and more than 100 businesses.

“There was no good plan to relocate people,” said Baum.

Many were unable to find housing in Little Falls and left the city.

The 1833 former bank building that houses the Little Falls Historical Society Museum would have been lost as well — torn down to make room for 14 parking spaces, according to Baum — but because it was on the National Historic Register, the court ruled it could not be demolished.

Baum presented a program recently titled “Urban Renewal: Good, Bad or Both” and noted that the city has worked since that time to make the best of what it has with its festivals, such as the Cheese Festival and Garlic Festival, and Third Thursday events.