The Little Falls Historical Society will hold a 2019 season-ending reception at their Old Bank Museum from 5:00 – 7:00 PM as part of Third Thursday activities on October 17. The event is free and open to the public. Light refreshments will be served. 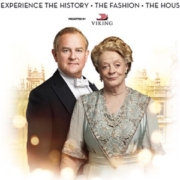 A fundraiser for the Little Falls Historical Society Wednesday, September 25, 2019
$120.00 per person
Reservation on or before September 11, 2019

Based on the beloved television show, Downton Abbey: The Exhibition is an interactive experience which transports you to post-Edwardian England, where the characters and the iconic house come to life. You’ll be immersed in the fascinating social history, culture, and some of the most memorable moments from the show’s six-season run. 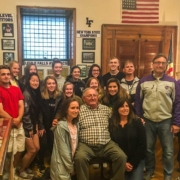 Little Falls athletes who competed in New York state level competition and their families were special guests for the event and the athletes lined up in front of the new Little Falls Athletics exhibit for photos.

Jeff Gressler, of the Little Falls Historical Society, was happy with the turnout.

“We’re glad so many of the athletes who competed at the state level took the time to come see the exhibit,” he said. “It’s a real family affair.”

Asked about the challenge of collecting the memorabilia displayed in the exhibit, he said, “It took us all winter. We didn’t finish until last week.”

Visitors also checked out three other new exhibits for 2019 — Little Falls During Prohibition, Camp Jolly about a picnic and recreation area that opened in 1894 and When Little Falls Was Rockton. The name of Little Falls was changed to Rockton in 1850 by the New York State Legislature as part of a revision of the city charter. It didn’t last long though. In 1851, residents petitioned to change the name back to Little Falls and that happened the following year.

Other exhibits, including last year’s Vietnam and urban renewal exhibits remain on display.

View the article on the Times Telegram.

The general public is cordially invited to attend the Little Falls Historical Society’s 2019 opening reception at their 319 South Ann Street Old Bank Museum on Tuesday May 28 beginning at 7:00 PM.

Those Little Falls athletes and teams that both won and competed in New York State level competition are part of a new 2019 museum exhibit on “Little Falls Athletics.” The exhibit also includes archival photographs of St. Mary’s Academy teams and various town and independent athletic teams from the 1890’s through the 1950’s.

A number of other Little Falls athletes and teams have competed in New York State level competition, the most recent being the 2018 girls soccer team which lost in the final four championship game.

These athletes and their families will be the special guests at the museum opening reception.

Other new exhibits for 2019 include “Little Falls During Prohibition,” “Camp Jolly” and “Rockton.”

The 2018 museum exhibits honoring the 133 Little Falls men who served in the Vietnam War and on pre-urban renewal Little Falls remain on display. The museum also contains a number of other permanent exhibits.

Light refreshments will be served at the opening reception.

In cooperation with the board of directors of Emmanuel Episcopal Church, the Little Falls Historical Society will host a 2019 Patriots Day program at the church on Saturday May 18 beginning at 11:00 AM.

The church is located on Albany Street in Little Falls. The event is free and open to the public. 2019 marks the tenth Patriots Day observance that the Historical Society has hosted.

The one hour program will be highlighted by a series of short oral presentations by different speakers from both Emmanuel Episcopal Church and Historical Society members related to local history during the Revolutionary War and after. Topics will include “The Little Falls Grist Mill Attack,”

“From Herkimer to Franklin,” and “The Patriots Buried in Yellow Church Cemetery.”

The Astenrogen Chapter of the Daughters of the American Revolution will place a commemorative wreath following the speaking portion of the program. Dr. Oscar Stivala and Robert Schmelcher will provide musical accompaniment as part of the event.

The local Historical Society has been hosting Patriots Day observances since 2009 at significant local historic sites; past events have been held at Yellow Church Cemetery, Herkimer Home, Fort Herkimer Church, Indian Castle Church, Snell’s Bush Church, the former Masonic Temple, Herkimer Reformed Church, Historic Trinity in Fairfield and in 2018 at Paines Hollow Church. Their goal is to raise awareness of both the unique role that our ancestors played in our nation’s quest for independence and the many well preserved historic buildings in our area.

Roff’s presentation will take place at the WCA, located at 534 Garden St. and is free and open to the public.

Roff has extensive experience in this field, having conducted genealogical work and made similar presentations and lectures across central New York and in the Hudson Valley. His presentation at the WCA will focus on his own experience of using Ancestry DNA and on the relative advantages and disadvantages of both DNA and paper-based genealogical research.

The evening’s presentation will be preceded by a short Historical Society business meeting andrefreshments will be served afterwards.

The presentation on March 26 at the WCA was so well attended that there was standing room only! Mike Potter presented wonderful photos that dated from late the 1800s to the early 1900s. The photos highlight Little Falls streets and transportation during that time period.

This photo is one of many that can be found in David Krutz’s book, Distant Drums, Herkimer County in the War of the Rebellion. The book offers a unique insight into the Civil War period including stories and photos of the area. Distant Drums can be purchased at the Little Falls Historical Society Museum. It’s an amazing, one-of-a kind look into Little Falls and the rest of Herkimer County during this important time in our history.

David Krutz was born, raised, and still resides in Little Falls, New York. He is a graduate of Utica College of Syracuse University, and has been a life-long student of the Civil War. This is his first literary effort. 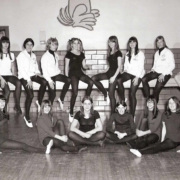 Little Falls Historical Society Museum staff are working hard getting ready for the season opening in May. A new Sports Wing is underway with trophies, photos, and more, that will be on display for the season opening. As local historians pour over many photos featuring local Little Falls athletes, deciphering who are in the photos is proving to be a challenging task.

At a recent gathering of staff historians, they decided to ask the Little Falls residents for help. Will you help us?

Click on an image below to view a large version.

Use this form to help us match names to the faces of Little Falls athletes.

The first meeting and presentation of the Little Falls Historical Society for the 2019 season will take place on Tuesday March 26 at 7:00 PM at the WCA located at 534 Garden Street. The presenter is  Historical Society member Mike Potter who will display and provide narration for old photos of Little Falls streets and various modes of transportation from a bygone era.

Mike and Gail Potter have been hard at work for the past few years digitizing the Historical Society’s large collection of old picture slides. Many of these photos have not been displayed publicly for many years. Mike’s presentation will use many of these newly digitized photos. 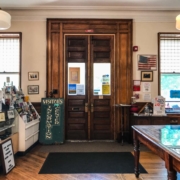 Many stories abound in Little Falls from the Roaring 20’s era of Prohibition which lasted from 1919-1933. Some of our parents or grandparents may even have violated the Volstead Act. This law attempted to establish the legal apparatus to enforce the 18th Amendment which outlawed the manufacture, sale, and transportation of most alcoholic beverages. There are a number of newspaper articles from that time period about bootlegging criminal activity and police arrests.

The Little Falls Historical Society intends to construct an exhibit on “the Little Falls Prohibition story” for the 2019 season to commemorate this centennial. We need help.

If any person or family has in their possession Prohibition related artifacts  –  bottles, stills … etc.  –  or any stories which they wish to share for exhibition purposes, please contact us.