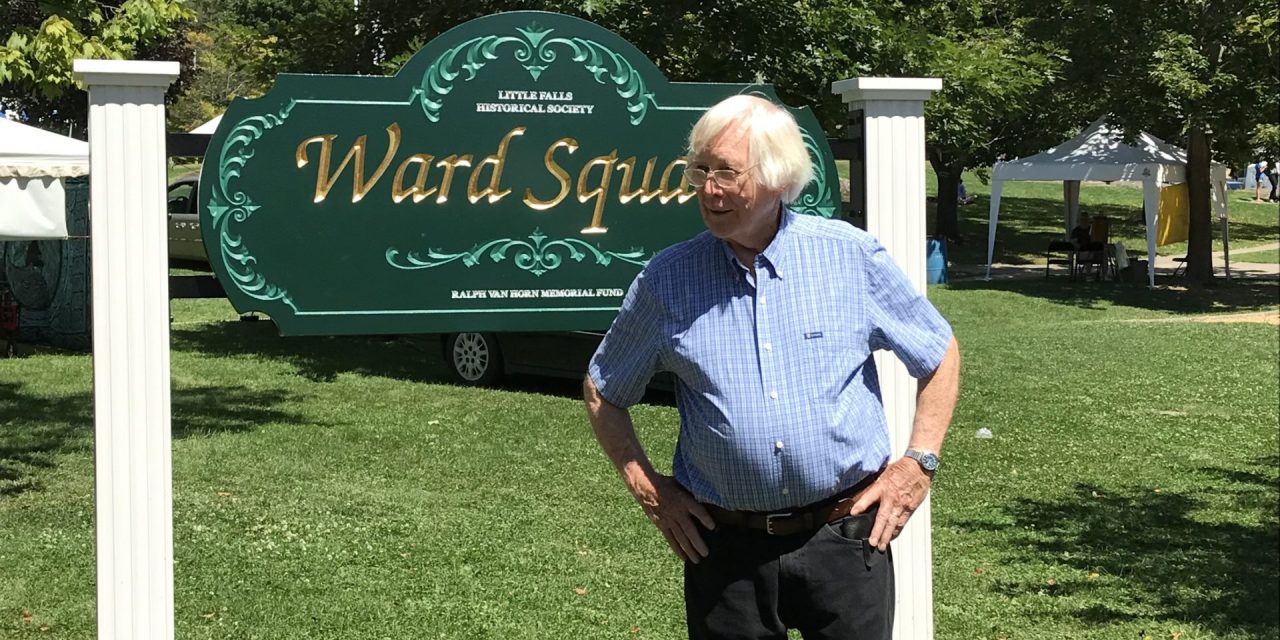 To anyone who walked the halls of Little Falls High School in the 1960’s, 70’s, 80’s and even into the 1990’s Hector Allen was a familiar and respected figure.

Hector taught “Social Studies” – New York State, United States and World History – at LFHS for 34 years.  Two generations of students – mothers and daughters, fathers and sons – sat in Hector’s classes and learned not only the rote dates, names and events but much more from Hector.  At its essence history is the study of life and his special teaching style brought life to history.  Hector Allen taught history passionately and this passion shown through to his students who more often than not chose him as their favorite teacher.

Hector Allen was born in Troy, New York in 1932.  During World War II his family moved to St. Johnsville, where he graduated from high school in 1949.  After a stint working in a St. Johnsville dyeing factory, Hector was drafted into the U.S. Army in 1952.  A 15 month tour of duty in Korea followed.  Following his time in the service, Hector took advantage of the G.I. Bill and earned degrees at SUNY Oneonta and SUNY Albany.  In 1958 he began his teaching career at Little Falls High School, retiring in 1993.

Even after retirement Hector Allen remained a teacher of Mohawk Valley history.

Teaming with another iconic historian, Ralph Van Horn, he produced an audio/visual historical walking tour of Little Falls, along with a tour of the abandoned Wilcox Cemetery in Little Falls and interviews with area World War II veterans.  Hector was instrumental in forming the Yorker Club at Little Falls High School and the Henry Galpin Civil War Roundtable.  For many years he led this group on tours of Civil War battlefields and other historical sites.  Throughout the area Hector was a much sought after speaker and gave innumerable talks on all manner of local history.  His books, Oppenheim Chronicles, and Oppenheim in the Civil War are seminal works on the history of his hometown, of which he is the town historian.

It is more than fitting that the Little Falls Historical Society’s 2021 Writing Series be dedicated to Hector Allen.

Read the Mohawk Valley Express e-Edition
THIS DAY IN HISTORY