Those Were The Days by John Frazier

It was 1963. We were young, and brimming with youthful optimism. John F. Kennedy was in the White House, giving the country a breath of fresh air, rather than the stodgy old mumbling, bumbling paternal automatons we had always tolerated. His cabinet was filled with scholars and corporate leaders, many from Harvard, as well as Berkeley and other prestigious schools. All had military backgrounds. With their unprecedented intellect at that government level, you were left with the notion that there wasn’t a problem they couldn’t resolve. Looking through rose-colored glasses, there wasn’t anything we couldn’t accomplish on a personal level. JFK even promised us the moon! It couldn’t possibly get any better than this, could it? Those were the days.

Yes, it could get better and it did! St. Mary’s Parish (now Holy Family Parish) had a new priest, and this was his first assignment out of the seminary. He was young, he was friendly, he had an easy smile, most of the girls liked him because he was good looking, and the boys liked him because if there was a basketball game going on, he liked to take off his collar and join the game. And he could “hold his own” on the basketball court, too. Father Connery played a physical game of basketball. Some players didn’t appreciate it, while others rose to the challenge, but hardly any were happy because they could no longer use the “street vernacular” they were accustomed to using on the hardwood. Gentlemanly priests weren’t supposed to play the game this way! Regardless of the game – hoops, poker (yes, poker) or golf, Father played to win.

Things became much different on Sunday mornings as well. While we still had to tolerate the grandfatherly and monotonic homilies of Monsignor Scott along with the hellfire and brimstone sermons of Father Reger, we eagerly anticipated absorbing the vigor and vitality that Father Connery brought with youthful ideals. Washington and the rest of the U.S. had JFK, but we had JFK and Father Connery!

John Thomas Connery and his twin brother J. Edward Connery were born on July 26, 1937 in Troy, NY, sons of the late William and Lucie (Doyle) Connery. Father Connery was a 1955 graduate of Troy H.S., and later graduated from Mater Christi Seminary in 1957, Mount St. Mary’s College in 1959 and Mount St. Mary’s Seminary in 1963. He was ordained a priest at the Cathedral of the Immaculate Conception in Albany by Bishop William A. Scully on May 25, 1963.

He arrived at St. Mary’s in Little Falls shortly after, and stayed until Feb. 1967, when he became assistant pastor at Holy Family Cathedral in Anchorage, Alaska. He then served as administrator in various parishes as well as Chaplain at the Alaska State Penitentiary, before returning to Albany in 1977, where he became Chaplain at Albany Medical Center. He became pastor of St. Joseph’s in Albany in Oct. 1978, and then he returned to Little Falls from 1981 to 1990, where he first served as pastor at St. Mary’s Church and then Sacred Heart Church in 1986. From there he became pastor at Immaculate Conception in Glenville, NY until 2007. 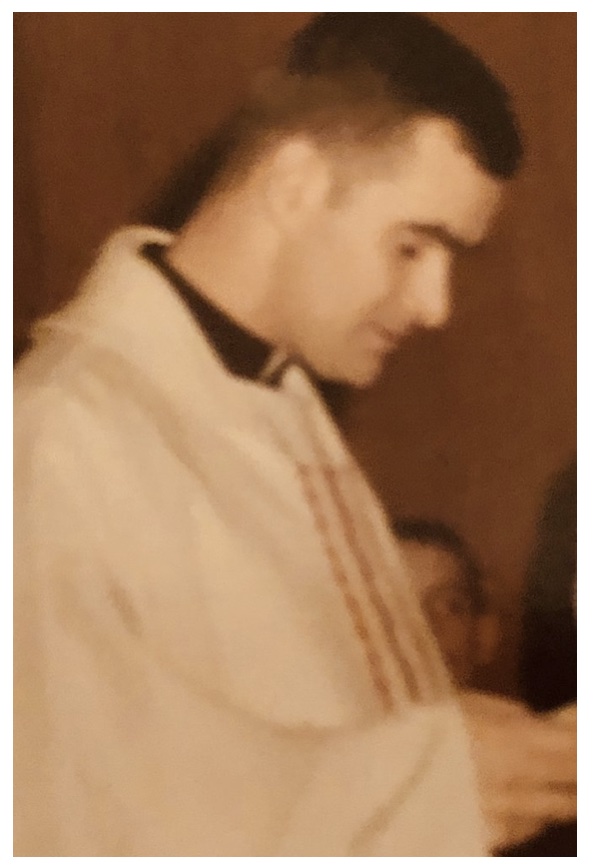 I have no idea what the older generation thought of him, but the younger generation bonded with him immediately. Father Connery was quite the prankster, and enjoyed having a good time with the younger parishioners. Pat Regan recalls the first time that Father Connery showed up at the Monroe St. ice skating rink. He laced up his old hockey skates and then, with the appearance that he had never skated before, wobbled around the rink with a number of kids holding him up. After a few times around the rink he suddenly took off, skating forward, backward, and laughing heartily. He had completely fooled everyone, and they all loved it!

By this time, the Catholic Church was trying to present a friendlier public image, and was allowing the priests to be called by their first name, rather than the more formal “Father” that had been used up until then. Father Connery preferred to be called Tom. The younger generation embraced the change, while many elders in the church had difficulty with it, having grown up with the concept of showing respect to the priesthood.

In His Own Words

Father Connery stated that he was truly a blessed man, calling his life a wonderful journey. In his own words, “Any other life seems to pale in significance when compared to it.” The reason for this, he stated, was that not only was he able to be a teacher, but he entered the lives of people when it is most significant to them: birth, death, marriage and illness. He was extremely grateful for the “challenging, wonderful, exciting, eventful, and blessed life that God had provided him.”

He recalled having fear and trepidation teaching his first religion classes for the freshmen and sophomores at SMA in Little Falls. They were seated with the boys on one side of the room and the girls on the other. Father quickly re-arranged everyone alphabetically. Also, at a time when the war in Vietnam was beginning to heat up, he purchased books on conscientious objection and gave them to the students to read. At the time, Americans generally favored the war, and Father Connery would have been considered a radical. We must remember that three years after this, Muhammad Ali announced that he would refuse to be drafted on the grounds of being a conscientious objector.

Another recollection was when he was the Administrator of St. Mary’s on Kodiak Island in Alaska. He worked all summer as a commercial fisherman for salmon, and when another fisherman was killed at sea when his boat capsized, Father Connery was asked to do the prayer service for him. He started his sermon by saying, “We fishermen…”.

Another recollection from Alaska was when he was assigned to start a new parish on five acres of trees. He called the telephone company to have a phone installed on a tree. There were 68 Catholic families, and at the time, they were holding Mass in a restaurant. Now there are over a thousand Catholic families and a Catholic grammar school on the property.

In another recollection from Alaska, as Chaplain at the Anchorage maximum security prison, Father Connery would offer Mass at 2:00 PM every Friday. As time went on, a rather large group of prisoners and extra guards were at the Mass. When Father mentioned this to the guard who was escorting him out, he was told that the prisoners had planned to break out and use him as a hostage. That was his last Friday afternoon Mass at the prison.

However, experiences like that didn’t alter his viewpoint of people or his objective in life, which was to serve God’s children. After being named Chaplain at Albany Medical Center in 1977, he recalled that after going through the Intensive Care Unit for the first time, it felt like he “had been in a war zone.” For him, the countless hours that he spent during his months there, praying, communicating and counseling both patients and loved ones, was truly a gift.

Father Connery was a kind, gentle, caring and humble man, who kept in touch with many of his parishioners in Little Falls after he was assigned elsewhere. He somehow knew about things happening with the citizens of the city, and sooner or later, the appropriate card – wedding, Baptism, sympathy, graduation, whatever the occasion – would arrive in the mail with a note inside. His local friends received Christmas cards every year, but they were really surprised to receive Christmas cards from him after his passing, with a note inside explaining that he had them all ready to be mailed. 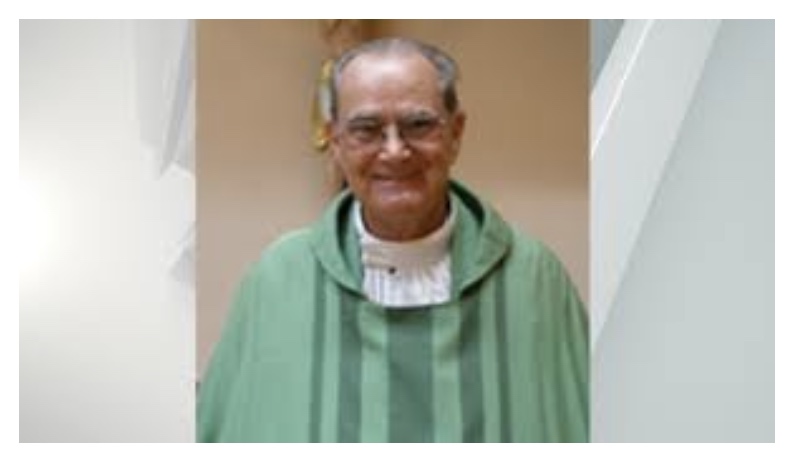 Father Connery was also a man of seemingly limitless energy. He may have slowed down a little when he retired, but he still traveled to parishes throughout the Albany diocese offering Mass and sacraments. On Oct. 31, 2019, he was traveling to his next assignment: celebrating Masses on All Saints Day.

According to State Police in Herkimer, an eyewitness reported that at approximately 10:10 p.m., Father Connery drove through the flood waters along a road in the town of Norway in Herkimer County and barely made it through when the road’s shoulder collapsed and Father Connery’s car partially fell into the ravine. He got out of his car and tried to walk back through the flood waters toward the eyewitness, but lost his footing and was washed downstream. His body could not be recovered until the next day, due to the strong current.

It was three years ago today that we tragically lost Fr. Connery. He had served God faithfully for 56 years.

I would like to express my gratitude to others for their assistance in providing information for this article, especially Shirley Ashley and Dodie Volo.

John Frazier is a member of the Little Falls Historical Society.

1882: The Year of Pestilence, Death and Solutions in Little Falls
Scroll to top