A Pizza Story by James Papaleo

If you lived in Little Falls in the late-1950s through early-1980s I bet you ate at least one slice of Papaleo’s pizza or one of the delicious hoagies (subs) that came out of the family restaurant owned by my parents Anthony (Tony) and Grayce Papaleo.

Even today, 40 years after the restaurant closed, people still tell me and my sisters how our Dad’s pizza and hoagies were the best they have ever eaten. I might be biased, but I agree because I have never found another pizza or hoagie like Dad’s. 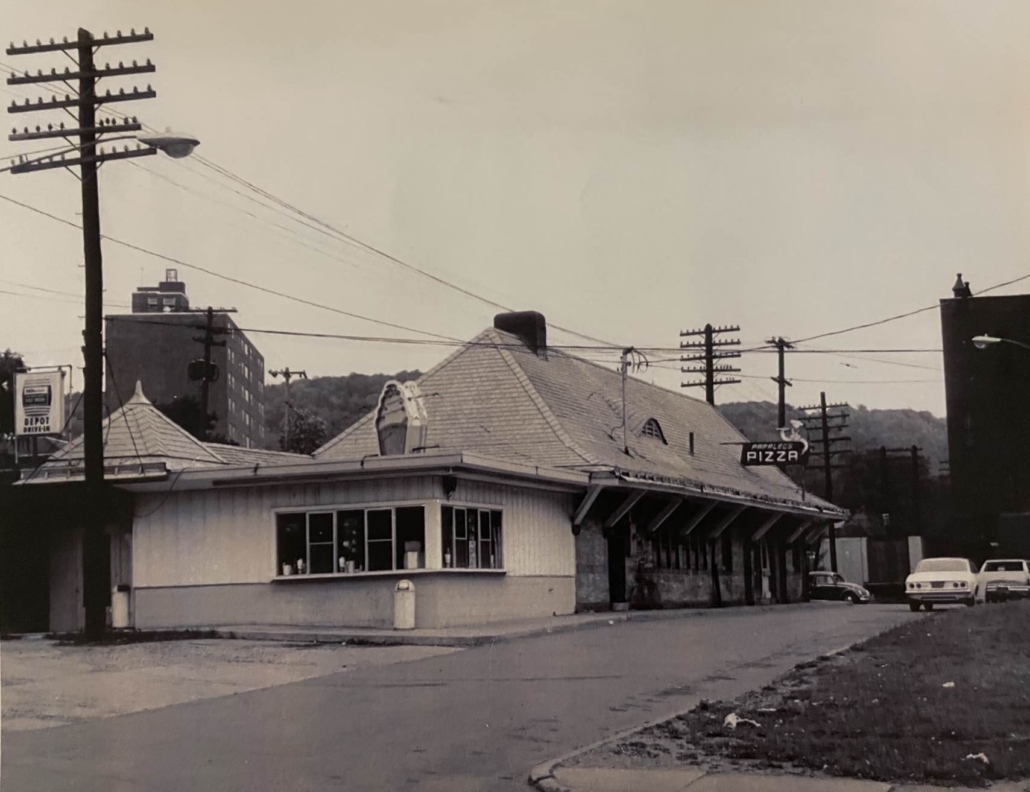 Papaleo’s was a family restaurant where many families came to dine, where teens ran to for a snack after the basketball game and the place where my family grew up.

My four sisters and I were expected to pitch in where we could. Most kids got an allowance, we got paid just like the restaurant employees. Our responsibilities grew through our teenage years from sweeping and cleaning to busing tables to waitressing to finally flipping pizzas. All of my sisters (and many of their friends) had part-time jobs working for Dad throughout their high school years as waitresses.

My personal journey started when I was eight years old when I had to fold pizza boxes on Saturday morning before going to the YMCA for a swim. We were taught how to mix the dough, cut it, weigh it and roll it into balls and place them on large baking sheets. The yeast dough rested over night on the trays in the cooler, doubling in size before it was rolled, stretched and tossed spinning in the air to make the perfect round disc to form the pizza crust. Dad used bricks of mozzarella cheese, instead of shredded cheese, that we sliced into stacks of little squares for the pizza. Each pizza was handmade on a peel and then skillfully slid into the stone lined oven and baked to perfection.

Dad sold a small plain pizza for $.65, a large plain was $1.25 and a large combo (add mushrooms, sausage, peppers, pepperoni with optional anchovies) for a whomping $2.00. A small fried pepper sub was $.65. His famous hoagie was a large “Pepperidge Farms” roll, toasted to a golden crust in the oven and filled with top quality provolone cheese, hot ham capicola, salami, sliced juicy tomatoes, slivered red onions on a bed of crisp lettuce finished with a drizzle of olive oil and red wine vinegar for $ 1.75.

At a recent family gathering we reminisced about our life growing up in the restaurant. In the fifties, our Dad was working at the Sperry Rand Univac plant in Ilion, and to make some extra money he started making fried pepper sandwiches at home and selling them to his coworkers. My sister Sharon remembers cleaning bushels of peppers with our sister Andrea and our Mom cooking them up and then using “White Rose Bakery” rolls to assemble the sandwiches.

Our Dad’s Uncle Tony owned a pizza place in Garden City, New Jersey and offered to teach Dad the business. He accepted the offer and soon left his factory job to open Papaleo’s first location on Mary Street next to Woodruff’s Barber Shop, right across the street from the Acme Market. That location was very small so most of the business was takeout.

Some of the local business owners convinced Dad to offer daily specials but the location was too small for a full kitchen so Mom and Dad prepared the food at home and took it to the store to serve. The restaurant flourished and was moved to Albany Street where it remained through most of the 60s. 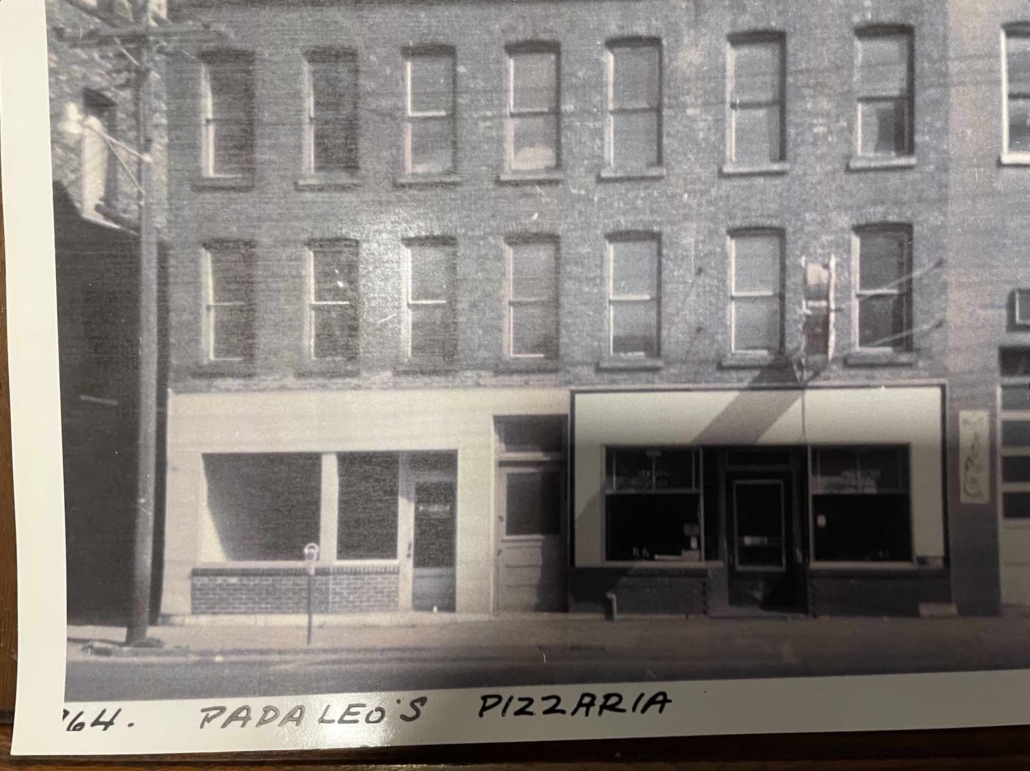 One of the notable events that happened at the Albany Street location was when Carmen Basilio, the World Welterweight and Middleweight Boxing Champion, was dining after participating in the annual Christmas parade. A small fire started in the kitchen. The Basilio party continued to eat as the firemen rushed in and extinguished the fire.

As the business grew Dad expanded his products and sold pans of lasagna, meatballs in a boilable plastic bag and pre-baked pizza to food markets in Central New York. He created a pizza factory on West Main Street where conveyor belts of pizza shells were baked in a huge oven that had rotating shelves that baked the pizza shells in a single rotation. He came up with individual “Pixie” pizzas that were about five inches across and packaged them four in a box. Unfortunately, that aspect of the business didn’t succeed and closed after a few years.

The Urban Renewal Project in the mid-1960s displaced the Albany Street location so Dad moved the restaurant to the Railroad Station. Once again, the restaurant grew and Dad expanded by adding on the Soft Serve ice cream stand at the end of the building.

My sisters and I grew up in the family business but we each had our own dreams and goals and with Dad’s and Mom’s blessing we left to pursue them.

Dad and Mom continued to run the restaurant until their well-deserved retirement. I should note that Dad found retirement too slow paced. so he restarted a small pizza place in Shoppers Square and then an arcade and T-Shirt printing business in Ilion to keep busy.

It’s heartwarming to know that Papaleo’s Pizza legacy is still alive in the memories of many fellow citizens of Little Falls.

James Papaleo is a member of the Little Falls Historical Society.