Veteran’s Day is a federal holiday in the United States observed annually on November 11, to celebrate & honor the service of all US Military Veterans. It coincides with other holidays including Armistice Day and Remembrance Day which are celebrated in other countries that mark the anniversary of the end of World War I. Major hostilities of World War I were formally ended at the 11th hour of the 11th day of the 11th month of 1918 when the Armistice with Germany went into effect. At the urging of major US veteran organizations, Armistice Day in the United States was renamed Veteran’s Day in 1954. (SOURCE: Wikipedia)

A letter of thanks to our Veterans

I didn’t know what I was in for when I said, “I do” to my husband who was serving in the U.S. Air Force. 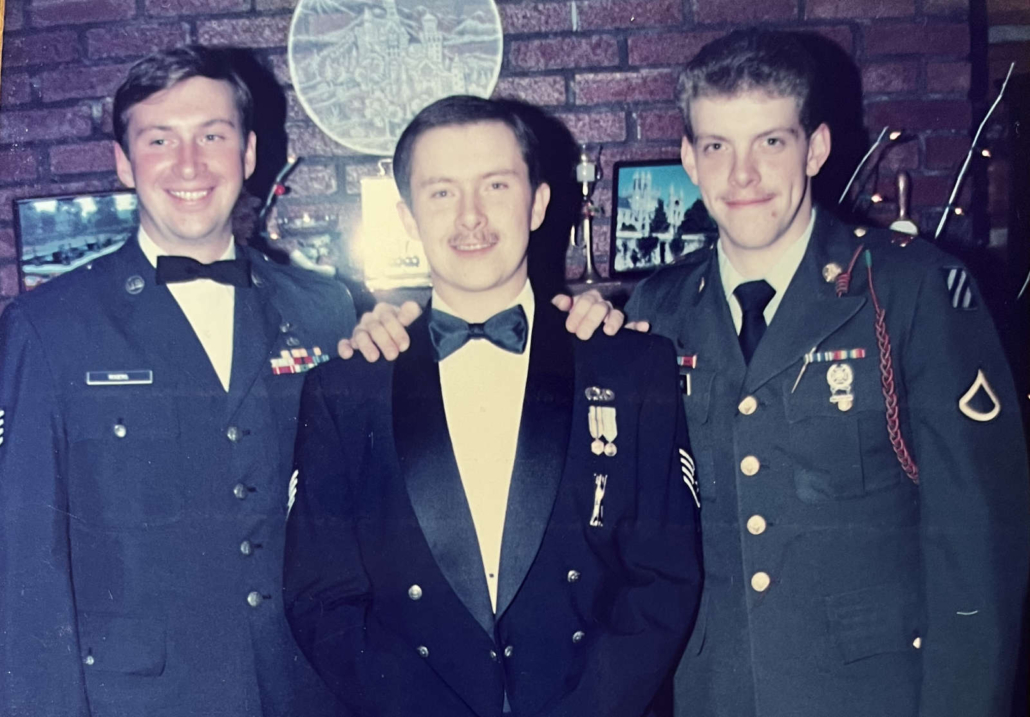 We had grown up together and I knew him, of that I was sure, but I didn’t know much about the military at all. What I did learn in the more than twenty years he served, was how grateful I would be for the service members that I was privileged to live alongside.

Thank you for your commitment to the Oath of Office and Oath of Enlistment to “support and defend the Constitution of the United States against all enemies, foreign and domestic” requiring you to put service to your country before self. I can still see you standing there in line with your backpack on your shoulder and bags at your feet as you wait to board the next plane. Maybe you were thinking about what was ahead of you when you landed, or maybe, you thought about what you had to leave behind.

Thank you for working through the often difficult transitions that would become a part of coming home. Things were different. The kids were always bigger and it was hard to believe how much they had changed since you last saw them. Sometimes you came back knowing that friends had orders and were on the move again, leaving you to wonder who was next to go even though your own feet had only just touched the ground again. It was sometimes unspoken, although often understood, that change was the only constant while serving in the military.

Thank you for being such an important part of the tight-knit communities we created together many hundreds, even thousands, of miles away from the friends and families we grew up with. We came from different neighborhoods, cultures, and backgrounds, which made for a wonderful experience. We told stories as we sat around the table sharing our favorite, traditional home-cooked meals. You taught me to look out for the other service members and their families so they weren’t alone during the holidays. You let me know that it was okay to sit on the floor with a plate of food because all of the chairs were taken. What was important was that we were together. Although we may have been neighbors for only a year or two, the memories of the cookouts, yard sales and shared family events have always stayed close at heart.

Which brings me to thank you for becoming my family. With every move, every couple of years, you helped us unpack, get settled, and then pack up again, before going on your way. You helped me with yard work, watched the kids and pulled together a meal while I juggled being a single parent during my husband’s deployments. With every hello, every connection and relationship, we knew there was an inevitable goodbye.

With a level of gratitude that my words can’t adequately express, thank you.

Ginny Rogers is a member of the Little Falls Historical Society.

Read the Mohawk Valley Express e-Edition
1882: The Year of Pestilence, Death and Solutions in Little Falls